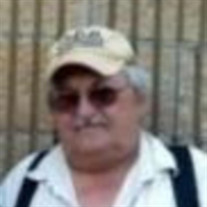 Barry Lynn Harrington, age 70 of Taylorsville passed away on Tuesday, December 1, 2020 after a period of declining health. Born September 14, 1950 to the late Crafton and Genieve Fox Harrington in Alexander County. Barry served our country in the US Army, he worked as an upholster in the furniture industry and retired at Mitchell Gold Furniture. By many that knew Barry, he was considered to be a very self-sufficient man. A memorial service for Mr. Harrington will be held at Alexander Funeral Service on Friday, December 4, 2020 at 3:00 pm. Those left to cherish the memories of Barry include two sons, Jody Harrington, Brian Harrington and his wife Coleen all of Boone, three brothers, Terry, Ricky and Jimmy Harrington, six grandchildren, Zoey Harrington, Jade Harrington, Nicholas Pope, Ayden Harrington, Evie Harrington, Hannah Critcher, and a niece, Dana Jolly. The family request that in lieu of flowers donations be made to any Veterans association of your choice. Funeral arrangements have been entrusted to Alexander Funeral and Cremation Service. Condolences may be sent to www.alexfuneralservice.com

The family of Barry Lynn Harrington created this Life Tributes page to make it easy to share your memories.

Barry Lynn Harrington, age 70 of Taylorsville passed away on...

Send flowers to the Harrington family.