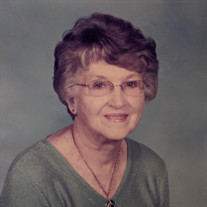 Dorothy June Childers Kerley age 89, went home peacefully to be with her lord surrounded by her family September 17, 2021. She was born April 19, 1932 to the late Elsie Childers in Alexander County. During her working career she was in retail sales and a very meticulous seamstress. She was also an avid gardener and enjoyed many hours in her flowers. The most important thing to her was her Lord and she served him at Macedonia Baptist Church for many faithful years. Second to her savior was her family, caring for them no matter what it was. Along with her mother she is preceded in death by her grandparents Harvey and Amelia Childers, her spouse Rev. Grady Walter Kerley, two brothers: Wayne Childers and Darrell Childers, two sisters: Daphene Bowman and Muriel Elder, two sons-in-law: Danny Hammer and Wayne Murphy, one grandson Eric May, and one great granddaughter Autumn Kerley. Those left to cherish the memories of Mrs. Kerley include three sons: Gary E. Kerley (Judy), Gil Dean Kerley of Mooresville, Guy A. Kerley (Paula), two daughters: Gayla Murphy and Glenda K. Hammer, thirteen grandchildren: Travis S. Kerley, Brooke Matlock, Treava Harrington, Tiffany Stines, Eric Brian Kerley, Amy Elizabeth Copland, Kendra Murphy Bowman, Terris Murphy, Melissa Smith Breden, Shena Hammer Moore, Stefany Hammer McIver, Amber Hughes, and Denver Kerley, twenty one great grandchildren, and one great great granddaughter, a number of nieces, nephews that she treated like her own children, and one life-long special friend and neighbor Sid Hammer. Mrs. Kerley will lie in state at Macedonia Baptist Church Monday September 20, 2021 from 2:00 pm to 4:45 pm. The funeral service will be held Monday September 20, 2021 at Macedonia Baptist Church at 5:00 pm. Rev. Taylor Pennell, Rev. Dan Spears, and Rev. Tom Lambert will officiate. Burial will follow in the Taylorsville City Cemetery. Pallbearers will be grandchildren and great grandchildren of Mrs. Kerley. In lieu of flowers donations may be made to Iredell Hospice at 2347 Simonton Rd, Statesville, NC 28625 or Macedonia Baptist Church Building and Remolding Fund at 63 Macedonia Church Rd Taylorsville, NC 28681. Funeral arrangements have been entrusted to Alexander Funeral and Cremation Service. Condolences may be sent to www.alexfuneralservice.com

Dorothy June Childers Kerley age 89, went home peacefully to be with her lord surrounded by her family September 17, 2021. She was born April 19, 1932 to the late Elsie Childers in Alexander County. During her working career she was in retail... View Obituary & Service Information

The family of Dorothy June Childers Kerley created this Life Tributes page to make it easy to share your memories.

Send flowers to the Kerley family.