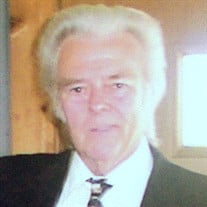 Jackie Allen Fox, age 77 of Taylorsville passed away at his residence on Friday, October 23, 2020. Jackie will lie in state at Alexander Funeral Service Sunday, October 25, 2020 from 10:00 am until 5:00 pm. A graveside service will be conducted... View Obituary & Service Information

The family of Jackie Allen Fox created this Life Tributes page to make it easy to share your memories.

Jackie Allen Fox, age 77 of Taylorsville passed away at his residence...

Send flowers to the Fox family.