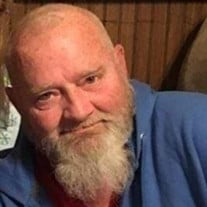 James Howard Baker age 52 passed away unexpectedly Tuesday January 11, 2022. He was born to Howard Lee Baker and Kathy Arnold Moore on November 29, 1969, in Berrien Michigan. Mr. Baker was of the Christian faith. During his free time, he enjoyed... View Obituary & Service Information

The family of James Howard Baker created this Life Tributes page to make it easy to share your memories.

Send flowers to the Baker family.