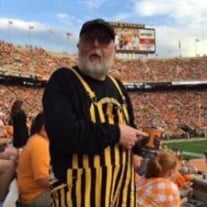 Jimmy Clifford McCurdy, age 79 of Charlotte, formerly of Taylorsville passed away at his residence on Saturday, November 28, 2020. Born November 28, 1941 to the late Clifford and Hazel Miller McCurdy in Alexander County. Mr. McCurdy will Lie-in-State Tuesday, December 1, 2020 1:00 pm – 5:00 pm. and Wednesday, December 2 from 9:00 am – 5:00 pm and Thursday, Dec 3 from 9:00 am – 2:00 pm. A funeral service will be conducted at Alexander Funeral Service on Thursday, December 3, 2020 at 3:00 pm. Rev. Mickey Moree will officiate. Mr. McCurdy was of the Methodist faith, he worked as a safety technician at Energy Solutions at the Oakridge Nuclear Plant, he was a very active during his life, he retired from the Alexander County School system, was a volunteer at the Taylorsville Fire Department, a member of the Lions Club, Taylorsville Jaycee’s, Corporal McCurdy as a Civil War Reenactor in the North Carolina 6th Regiment and coached Little League ball. Mr. McCurdy was a graduate of Appalachian State University where he was Yosef and played and lettered on the ASU soccer team. Jimmy later earned his Master’s Degree at North Carolina A&T. Along with his parents Mr. McCurdy is preceded in death by his niece Lisa Foshee and one nephew Kirk Foshee. Mr. McCurdy is survived by his wife of 20 years Tina Lynne Lawing, daughters: Vickie Jolly (Vince), Mitzie McCurdy, son: Clifford McCurdy and fiancé Jodi Smith. One sister, Barbara Foshee and significate other Hubert Laumen, two granddaughters: Reagan and Maggie Jolly, four beloved cats, and numerous special friends. The family request that in Lieu of flowers donations be made to Friends of the Hunley @ 1250 Supply Street, Charleston, S.C. 29405, American Diabetes Association @ 2451 Crystal Drive, Suite 900, Arlington, VA. 22202,or the Alexander County Animal Shelter @ 116 Waggin Trail, Taylorsville, NC 28681. Services have been entrusted to Alexander Funeral and Cremation Service, were condolences may be sent to www.alexfuneralservice.com.

The family of Jimmy Clifford McCurdy created this Life Tributes page to make it easy to share your memories.

Send flowers to the McCurdy family.