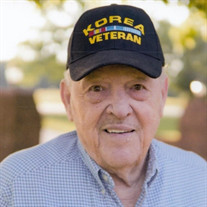 Robert Fletcher “Bobby” Combs, 88, of Old Mountain Road, Stony Point, went to his heavenly home on Friday, October 9, 2020 at Iredell Memorial Hospital following a brief illness. He was born November 19, 1931 in Alexander County and was the son of the late Curlee Combs and Selma Bare Combs. Bobby was a member of Tabernacle Baptist Church for 67 years. He enlisted in the United States Navy to serve his country in September 1951 where he served four years. He received an honorable discharge and the Good Conduct Medal and was in the United States Naval Reserve until 1959. He married the love of his life Betty in July 1953 and was married for 67 years. He was a retired contractor after 47 years, who took pride in the homes he built. He loved his family, and was an avid sports fan, especially of the Carolina Panthers and loved his Carolina Tar Heels. Bobby umpired Recreational Baseball and Softball for many years. He also took great pride in being a member of the American Legion Post 65, for 22 years. Including his parents, he was preceded in death by a daughter, Robbin Dennice Combs; a grandson, James Christopher Sims; a brother, J.C. Combs and a sister, Camila Jean “Sissy” Fox. Bobby leaves to cherish his memory, his wife, Betty Combs, of the home, one sister, Jackie Arant; one sister-in-law, Marie Combs; three sons, Keith Combs; Paul Combs; & Shannon Combs; daughter-in-law, Rhonda; two daughters, Kathey Roosevelt; son-in-law, Gary; Penny Stevenson; son-in-law, Eric; four grandsons, Matthew Combs; wife, Meredith; Patrick Reese; Joshua Combs; wife, Emily and Austin Combs; a granddaughter, Maranda Nelson; husband Micah and two great-grandchildren; Maverick Nelson & Mila Combs and numerous nieces, nephews and was loved by many friends. Bobby will Lie in State at Tabernacle Baptist Church on Tuesday October 13, 2020 from 11:00 am to 1:00 pm and the funeral service will be held on Tuesday at 1 pm, October 13, 2020 at Tabernacle Baptist Church in the parking lot, the service will be on 104.9 fm. Reverend Wesley Hammer and Reverend Bradley Anderson will officiate. Burial will follow in the church cemetery. Military Rites will be provided. Pallbearers will be Paul Combs, Keith Combs, Shannon Combs, Joshua Combs, Austin Combs, Patrick Reese, Matthew Combs, and Dale Fox. Memorials may be made to the Tabernacle Baptist, Building Fund at 191 Sipe Rd Taylorsville, NC 28681 Funeral arrangements have been entrusted to Alexander Funeral and Cremation Service. Condolences may be sent to www.alexfuneralservice.com

The family of Robert "Bobby" Fletcher Combs created this Life Tributes page to make it easy to share your memories.

Send flowers to the Combs family.