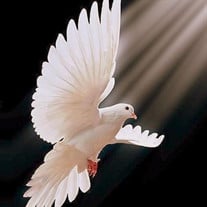 William &#8220;Billy&#8221; Anthony Carpenter age forty-three of Hiddenite passed away at his home on Sunday, February 7th , 2021. Born on May 17, 1977 to Bonnie Cremen Carpenter in Stratford, New Jersey. Billy was of the Christian faith, enjoyed... View Obituary & Service Information

The family of William Billy Carpenter created this Life Tributes page to make it easy to share your memories.

Send flowers to the Carpenter family.